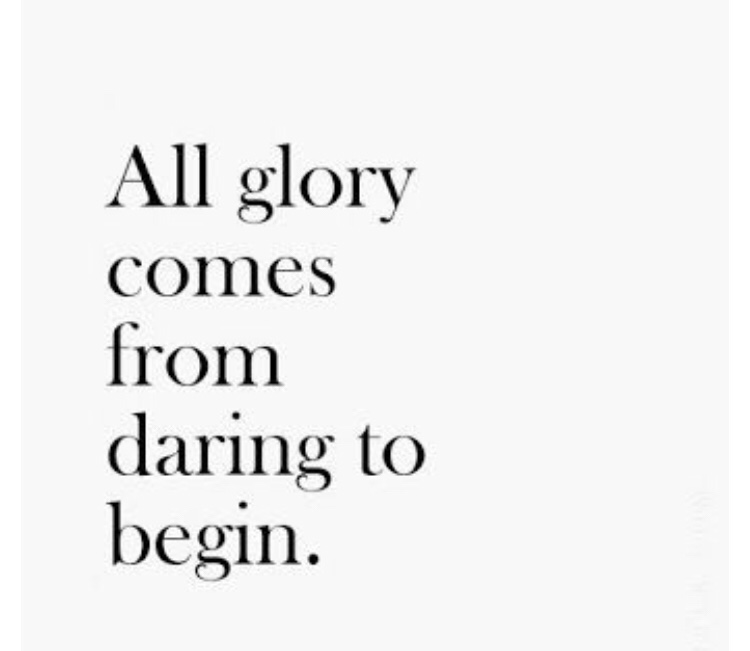 Every thing starts with just a thought. This is a major key to life. We often wish we could always be better than where we currently are. Rightfully so- we should. However, we have a tendency to talk ourselves out of opportunities. We think… “I’m not good enough” or… “They wouldn’t select me” or even… “I would have to do so much just to get to that level”… STOP DOING THIS 🛑!!! It literally all starts with just a thought. A thought and the faith that you can ACHIEVE IT✨.

I will give you a personal example. In 2014, I was ready for a change of scenery in my career. I had sent my resume out to soo many employers with no responses. I did this day in and day out for MONTHS. This was sooo exhausting and discouraging 😞

I remember coming across a job lead from my school. I applied for this job despite feeling I was under-qualified. I remember the exact day I applied as if it were yesterday. I remember saying to myself… “this isn’t going to work out, but I am going to apply anyway”. A couple of months had passed and I received a phone call from an unfamiliar number. The guy sounded really professional and said he wanted to talk to me about the job I applied for. Honestly, I thought it was some kind of prank😂😂😂.

This gentleman was extremely nice and guided me through the entire process. I am truly grateful for him. The position I applied for was in my hometown. I had just graduated with B.S. and already started my M.S. Life was great!!! Until…

I had never lived outside of my hometown. I was terrified to be honest, but I’ve always been the type to step out on faith 😎. The kicker was I had to re-locate to a new state in a matter of 2 MONTHS!!! I was responsible for ALL moving expenses. Luckily, I had a refund check from school to cover that move 😂🤣😩. So yeah- I accepted the job and moved to a new state. I did not know anyone… I felt alone very often. But I sucked it up because opportunities such as that one does not come often.

A year later… a tenant became a homeowner 😊 A college “drop out” re-enrolled into a similar program😀 A year after that… an on and off girlfriend became a WIFE💖 Tragedies struck, but I continued to move forward ✨ I continued my studies and obtained my M.S. (Every re-direction is not a failure 😉). Looking back- I now understand I had to be taken out of my comfort zone. That’s when the REAL blessings started falling in my lap✨

I say all of this because it all starts with just a thought✨ I was reminded of this experience through a recent opportunity. When it is FOR YOU… it is truly FOR YOU!!! Stop talking yourselves out of opportunities that are destined for you… I mean… come on… YOUR NAME is all over it!!! Life only changes when you do your part… Create that business… Apply for that job… Take that trip… whatever you do… just DO IT!!!

Where Everybody Knows Your Name: PJ Morton